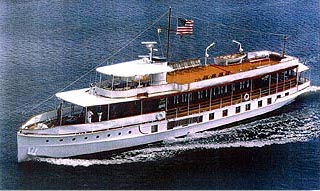 The USS Sequoia had been officially designated a "National Historic Site." The 104 foot length yacht was built by the Trumpy Yard in 1925. Used by a succession of American presidents from Hoover to Carter, she still has the original furnishings from her tradition of entertaining politcal figures from around the world.

he Presidential yacht has experienced some of America's most historic events, including FDR and Eisenhower planning D-day, Truman pondering whether to drop the nuclear bomb, Nixon negotiating the first arms control treaty with the Soviet Union and later deciding to resign, and Kennedy celebrating his last birthday party (right after Marilyn Monroe sang to him at Carnegie Hall). 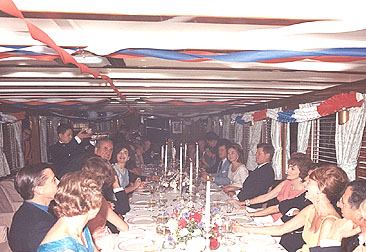 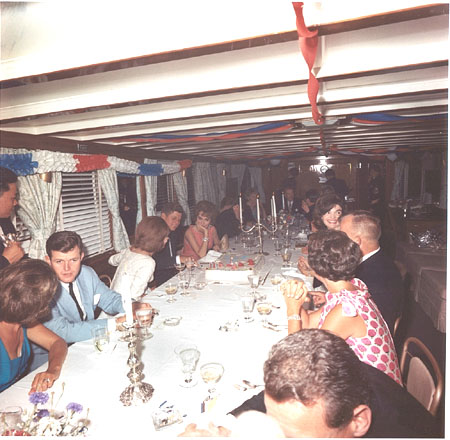 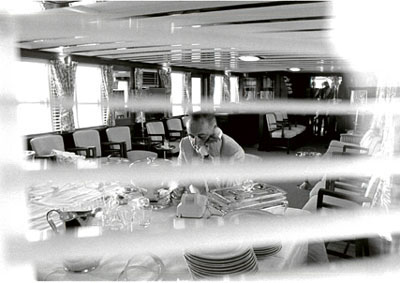 President Lyndon Baines Johnson hard at work
seated at the buffet in the main salon. 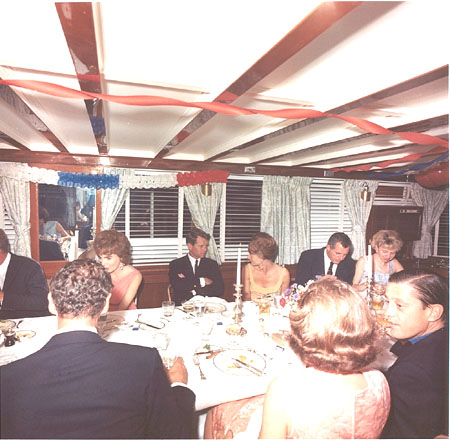 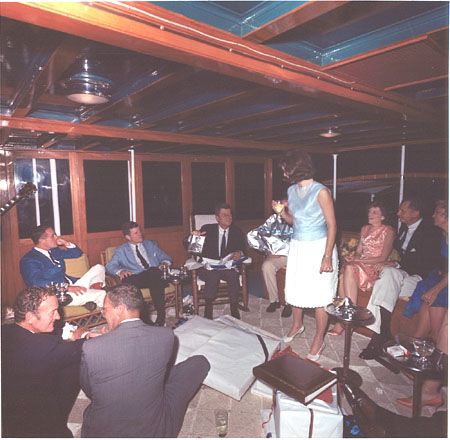 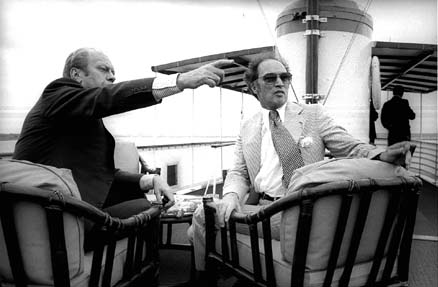